RxPhoto allows providers to photo ghost several images consecutively, so that providers may take "after" photos in the same sequence used for "before" photos. Additionally, providers may also choose a set of photos from the "Photos" section of the client record, creating their own sequence to Photo Ghost. The tutorial and instructions below provide step-by-step instructions. 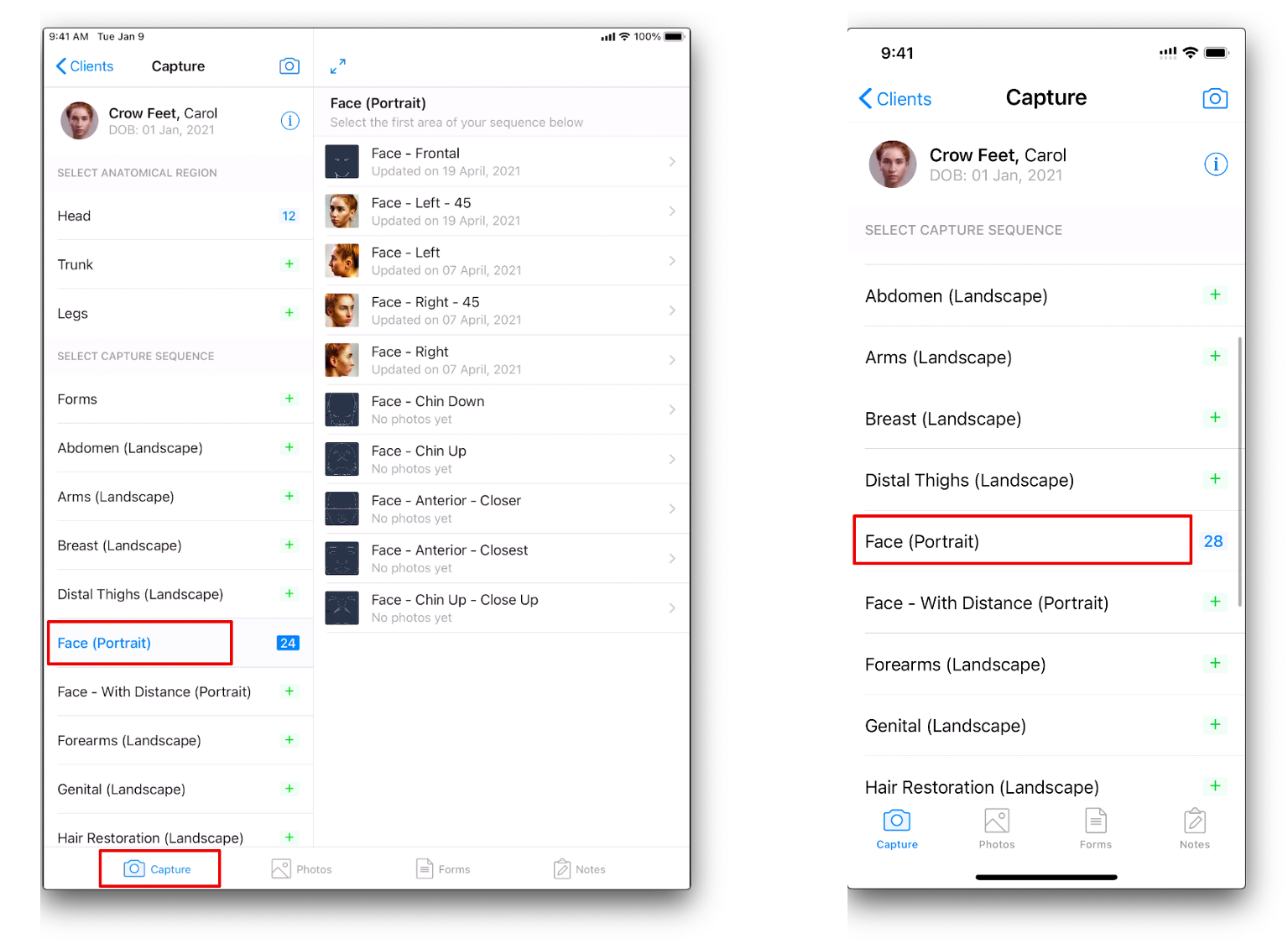 2. Press on the anatomy area/angle to be ghosted first. 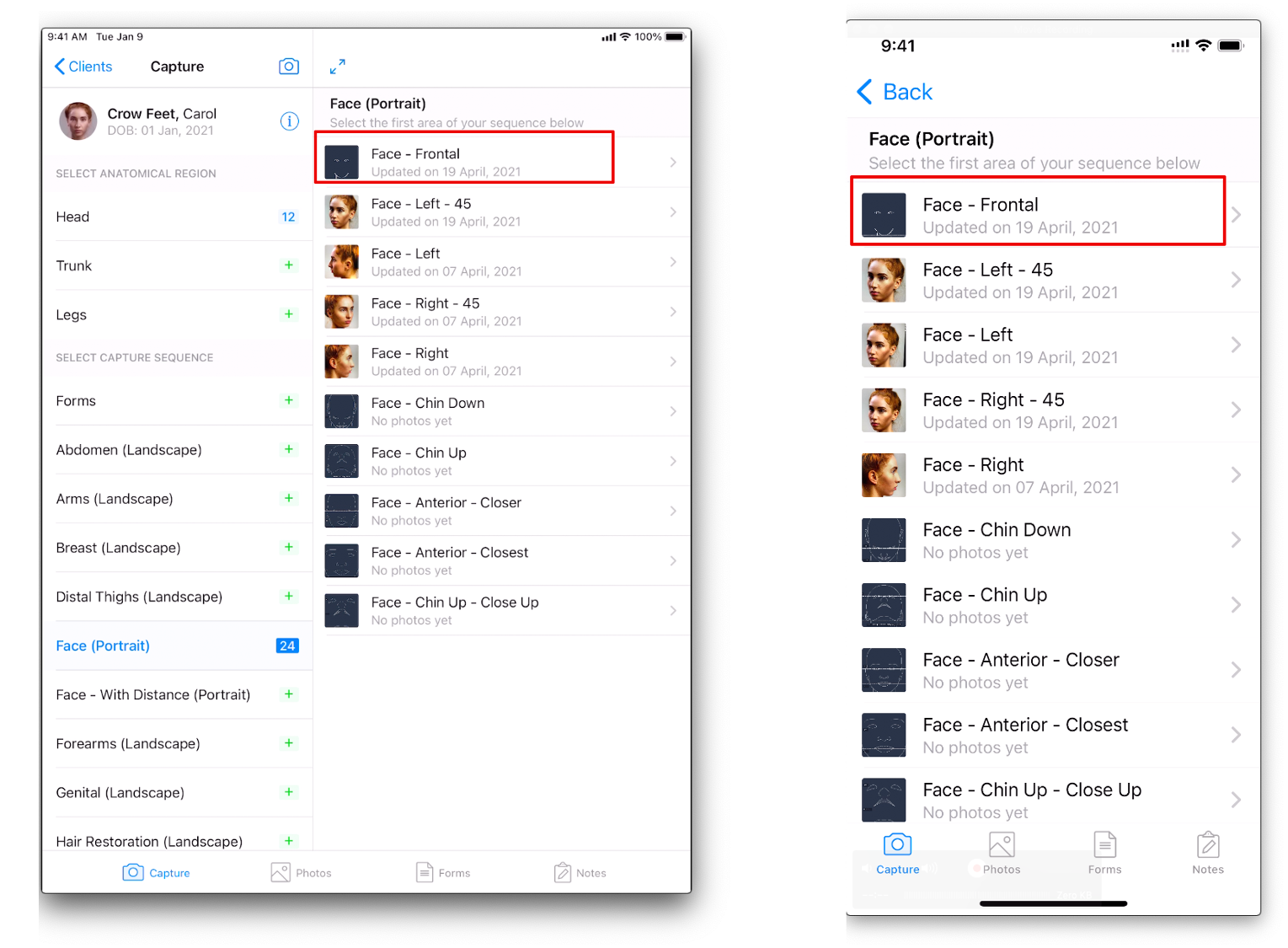 3. Press on the Photo Ghost icon (note: on iPad must press to select "Overlay" or "Side-by-side" See "Photo Ghosting on the RxPhoto Mobile App on the iPad" for details.) 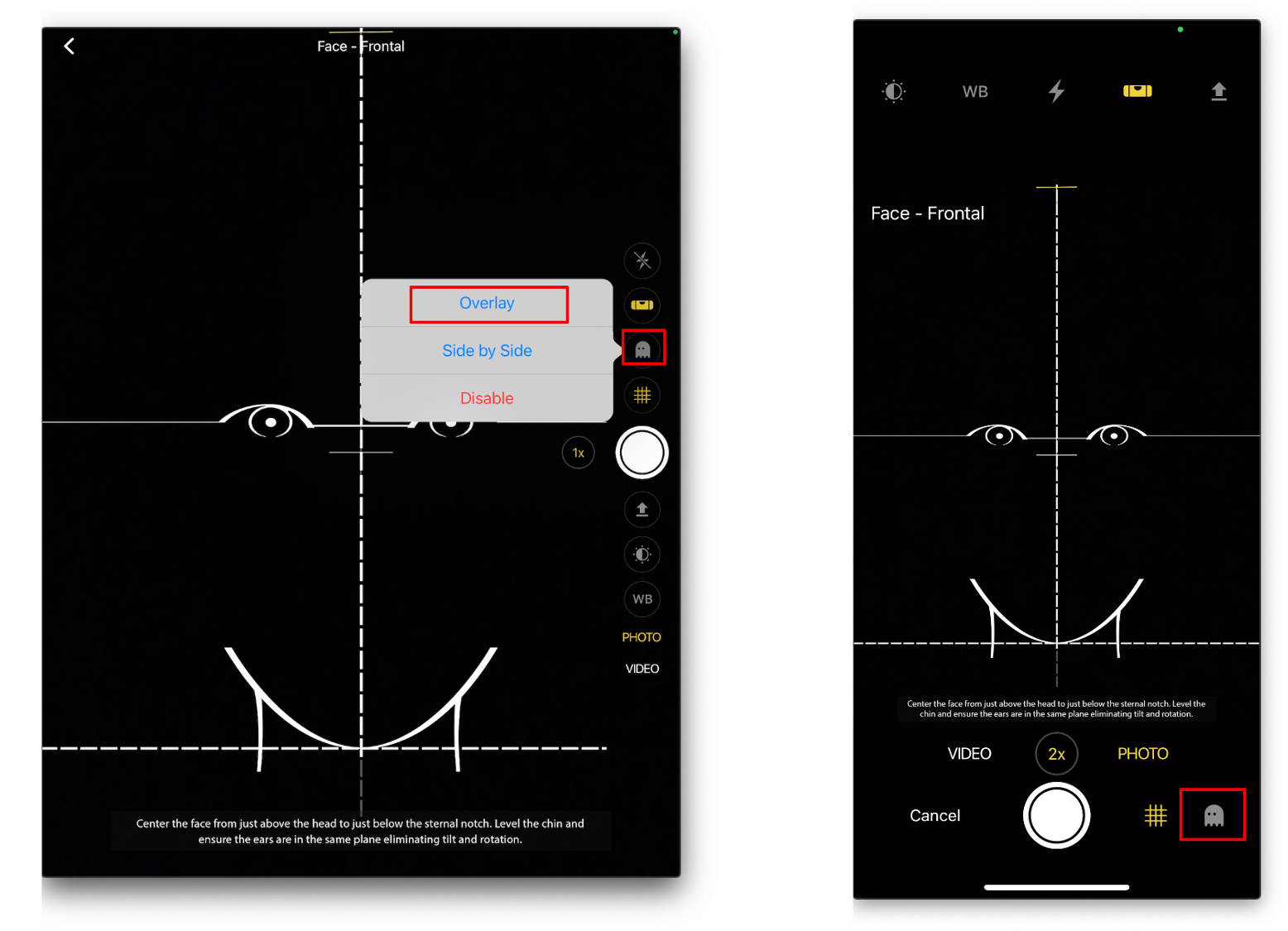 4. Use the lever on the left to set desired transparency of previous photo. 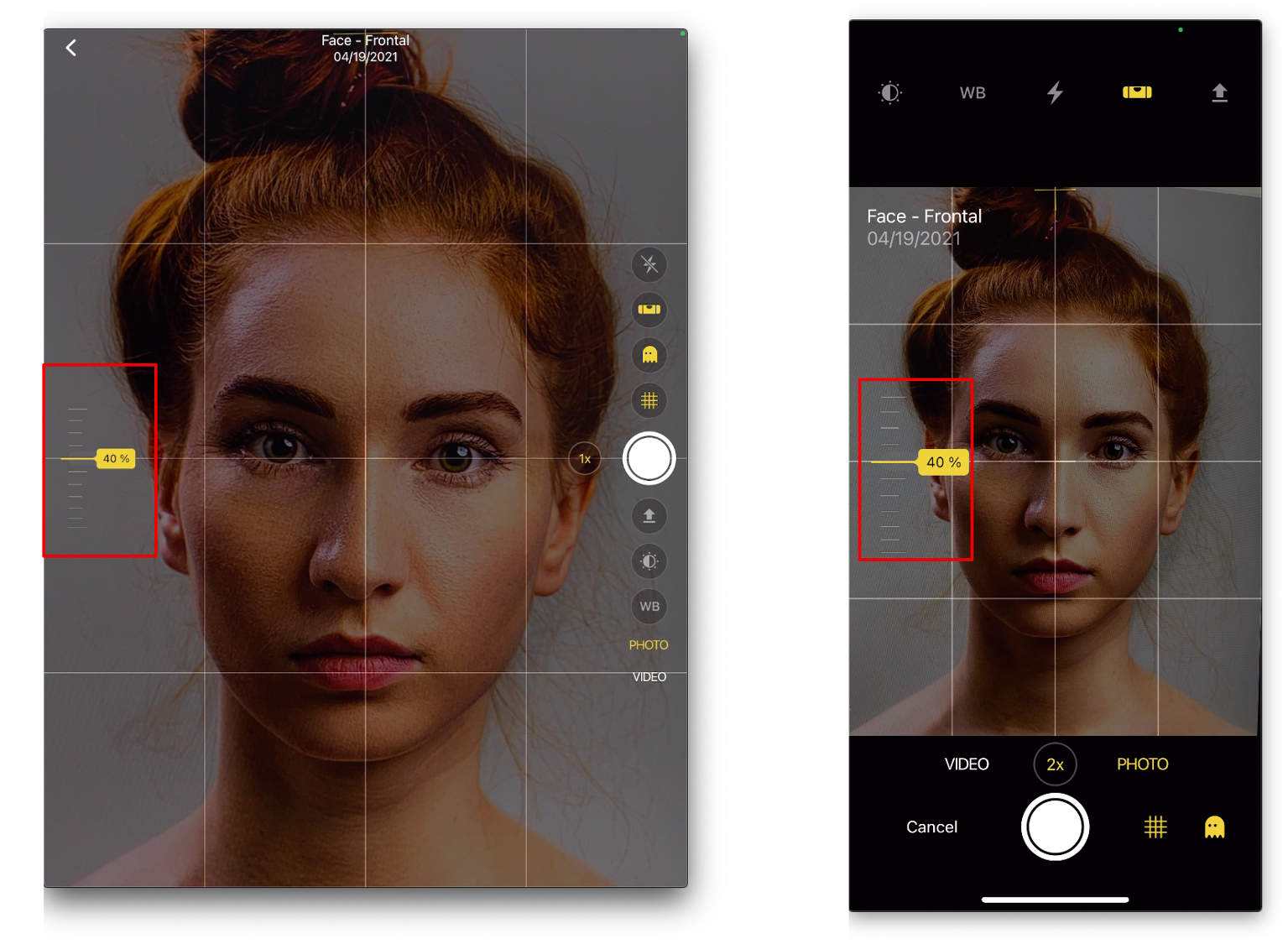 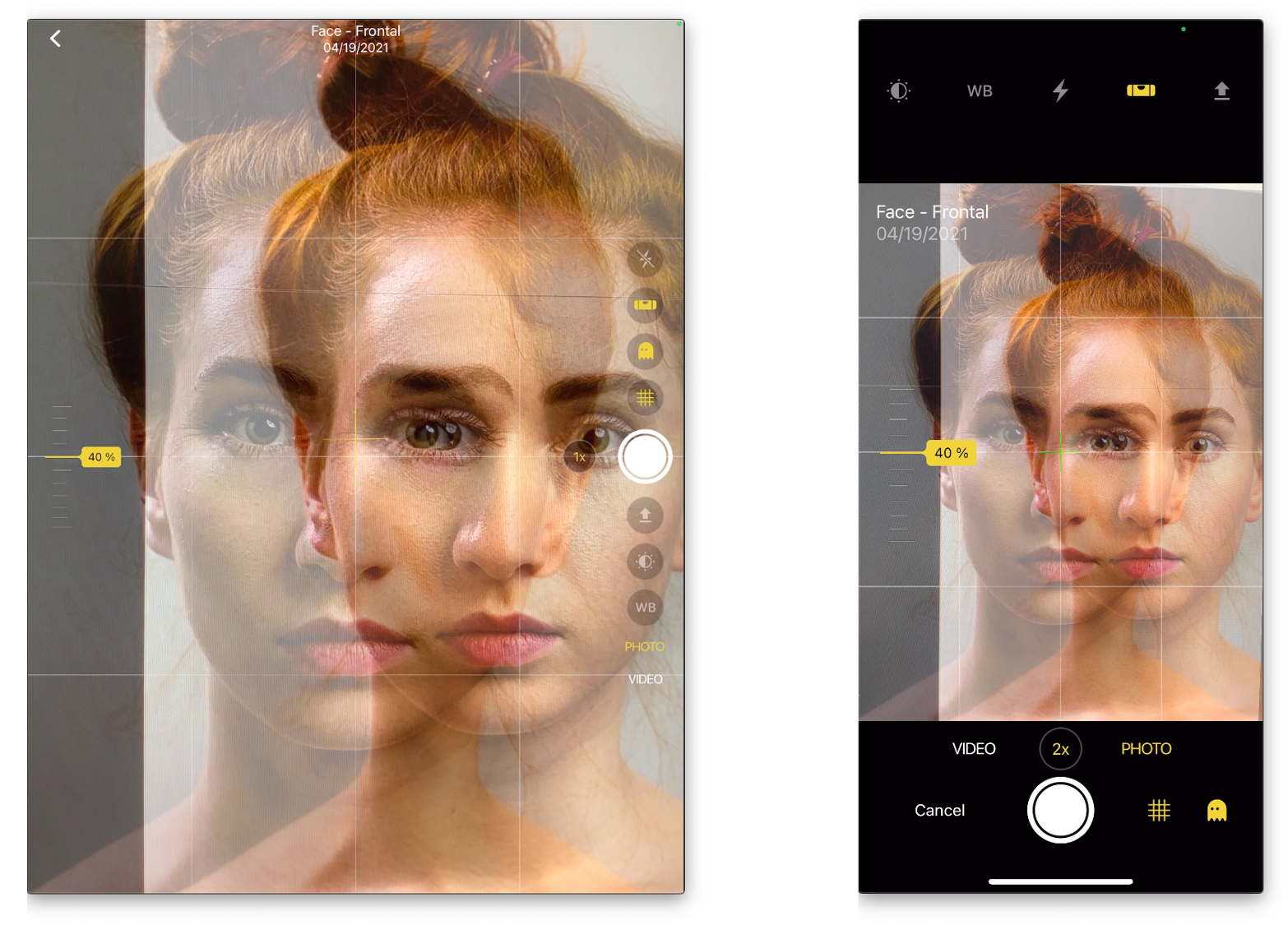 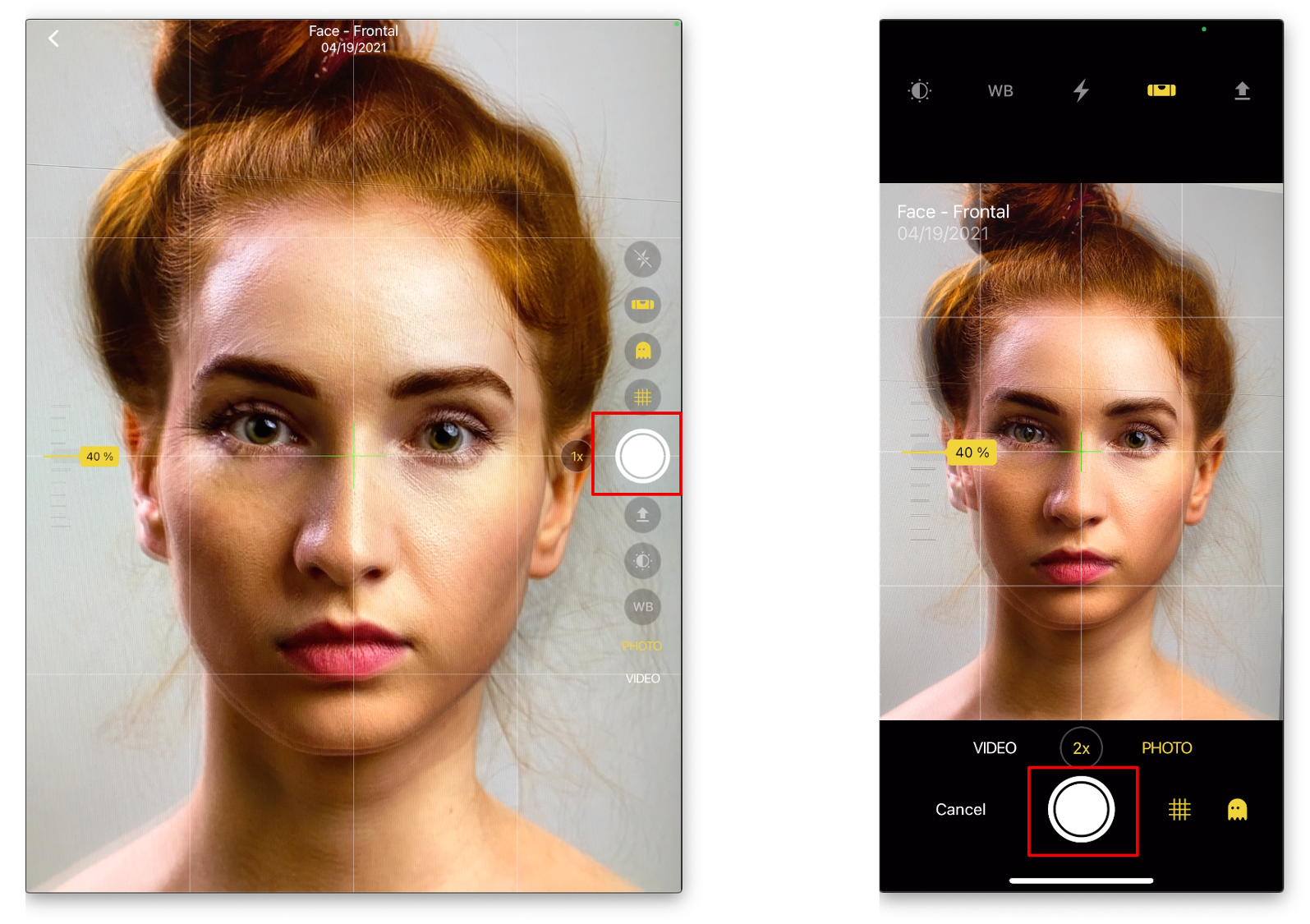 7. Press arrow on the right to move to the next angle in the sequence. RxPhoto will automatically display the "ghost" of the most recent image of the anatomy area. 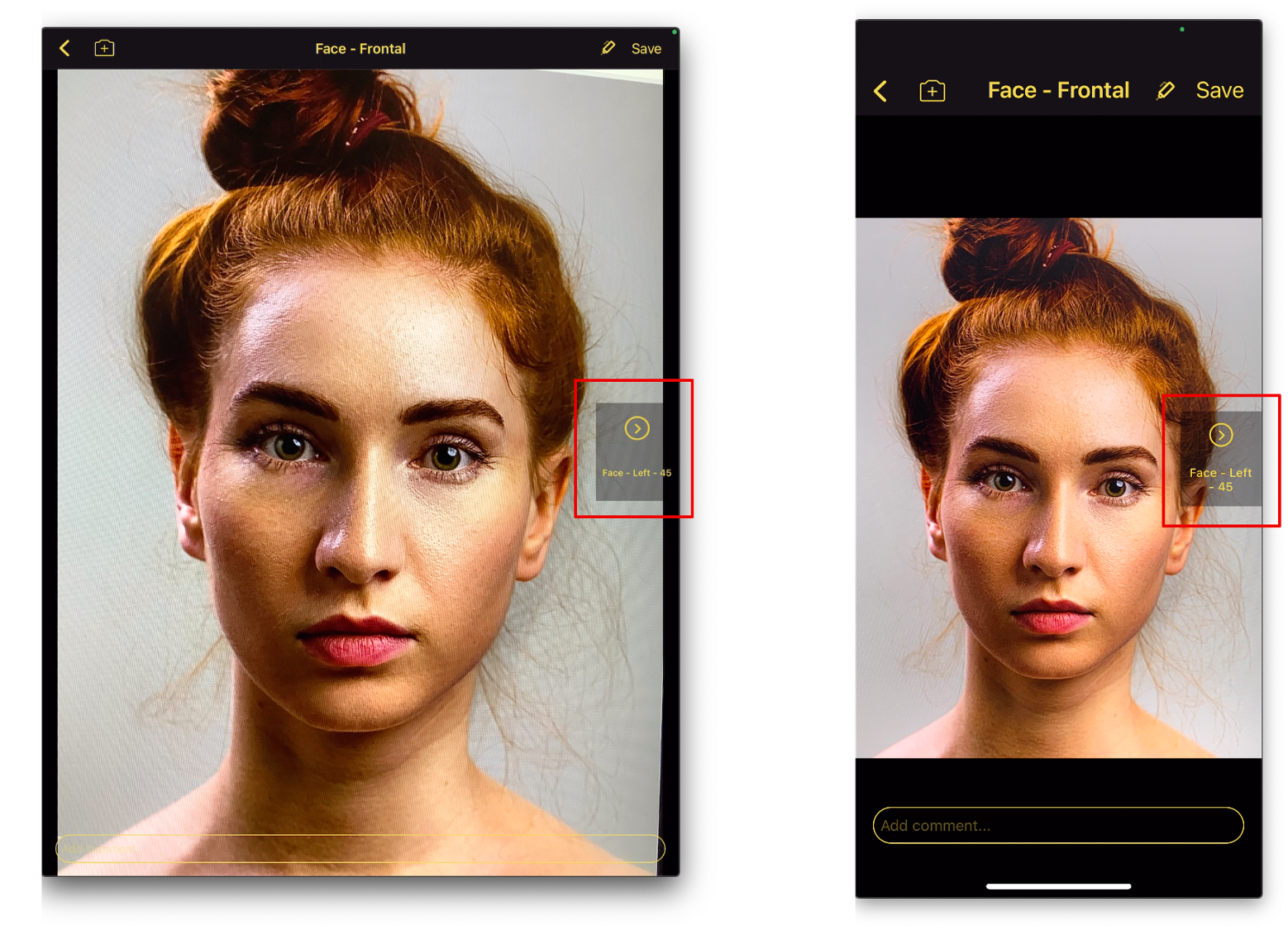 8. Continue using arrow on the right of each preview to work through the sequence.
9. Don't forget to press "Save" when the last photo has been captured! 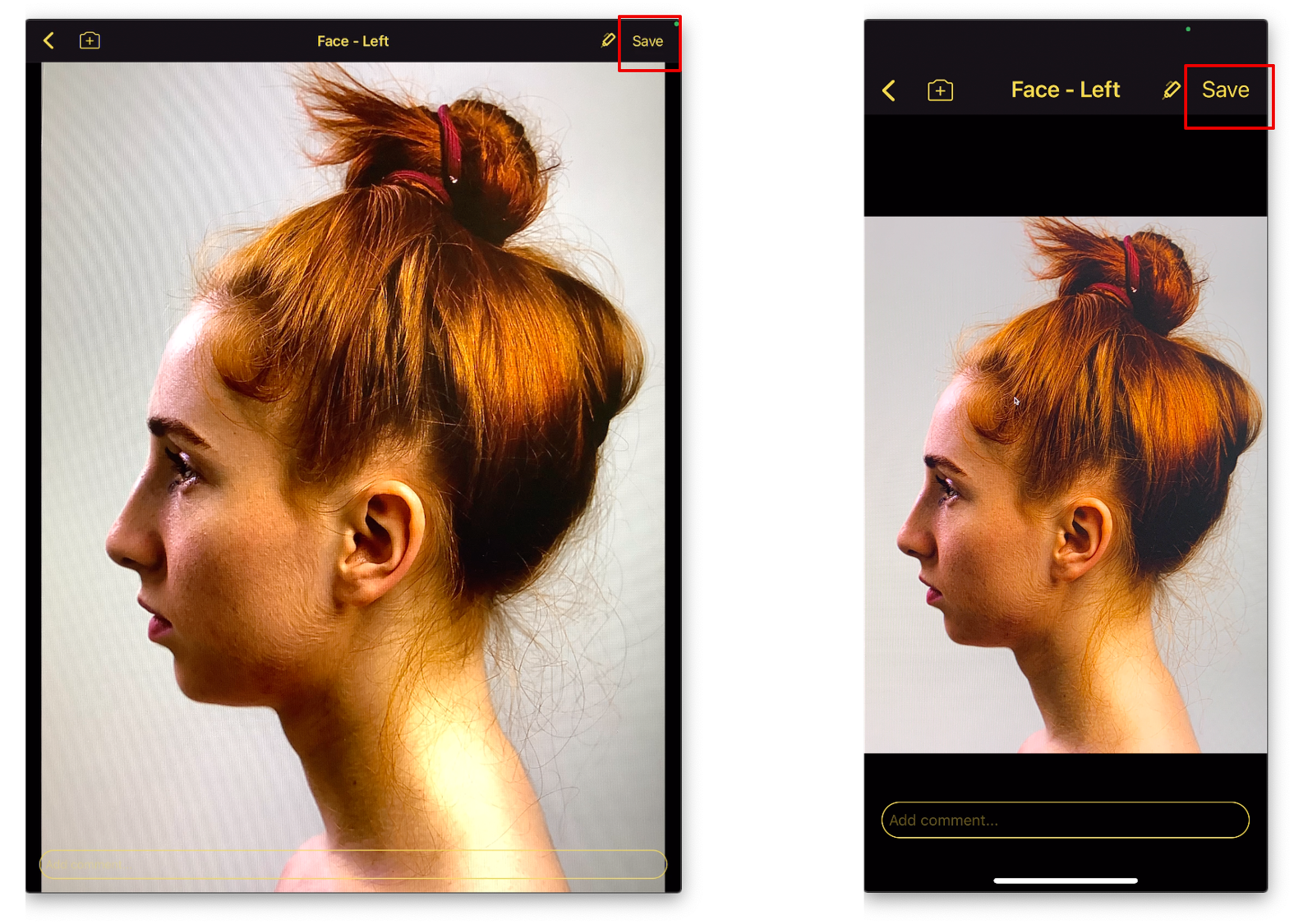 First, select the images to be used as the template from the Photos portion of the Client Record.

1. Log in to the RxPhoto Mobile App on the device (iPhone/iPad).
2. Navigate to the Photos section of the Client Record. 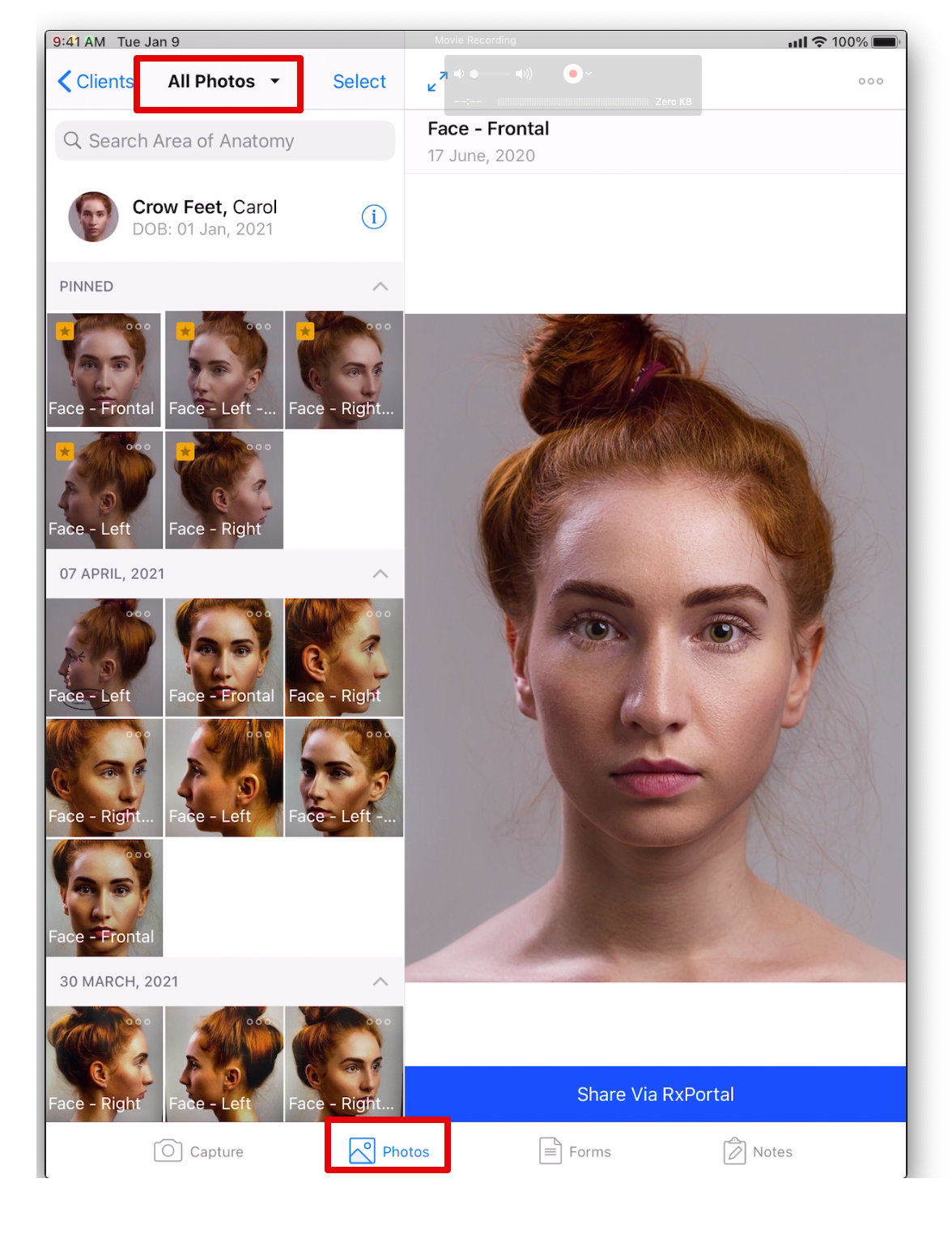 3. Press "Select" at the top of the list of thumbnails. 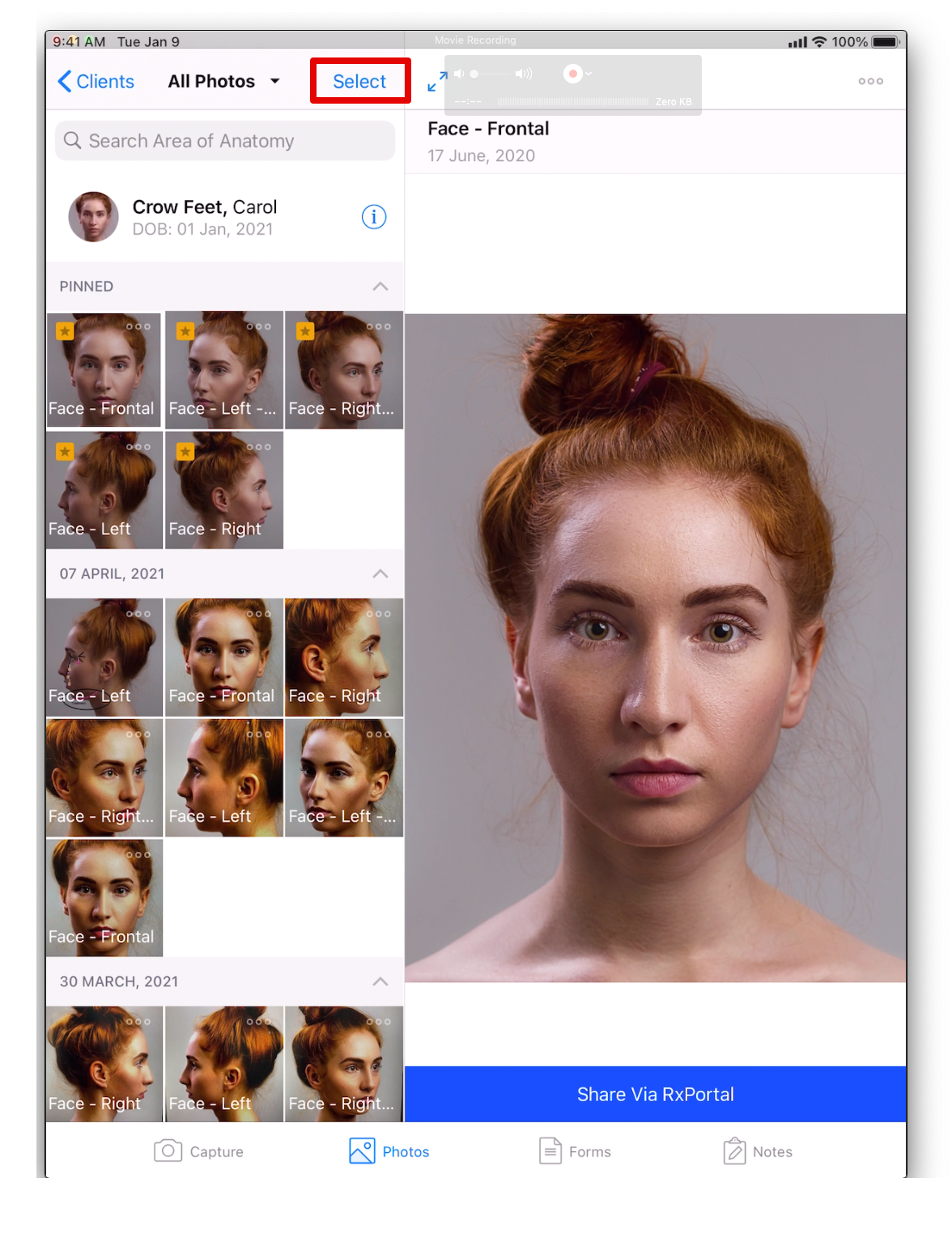 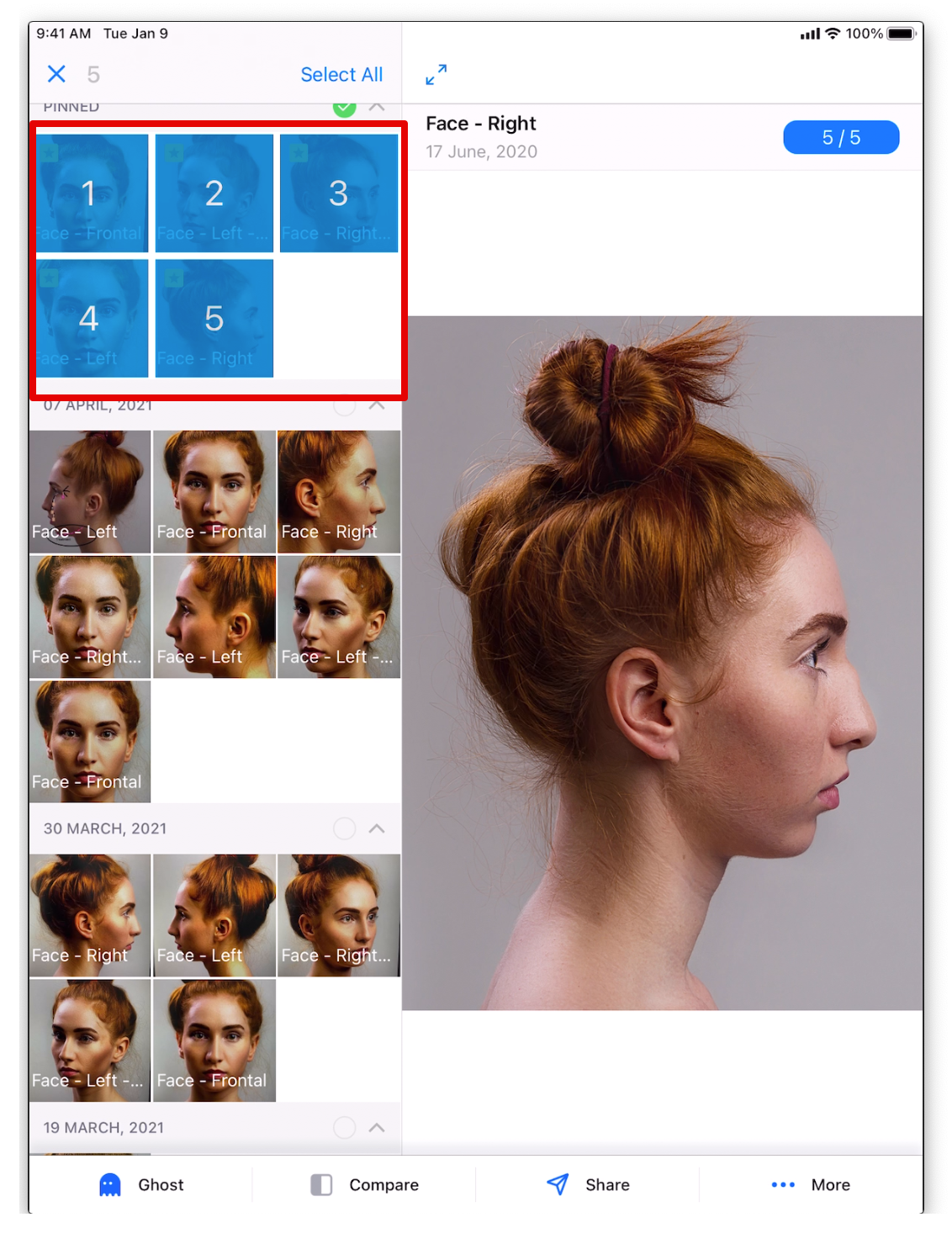 Use the Photo Ghost Feature

Once the appropriate images have been selected, the images are ready for photo ghosting.

1. Press the "Ghost" icon on the bottom left of the Photos screen. The first selected image will be displayed semi-transparent on the screen. 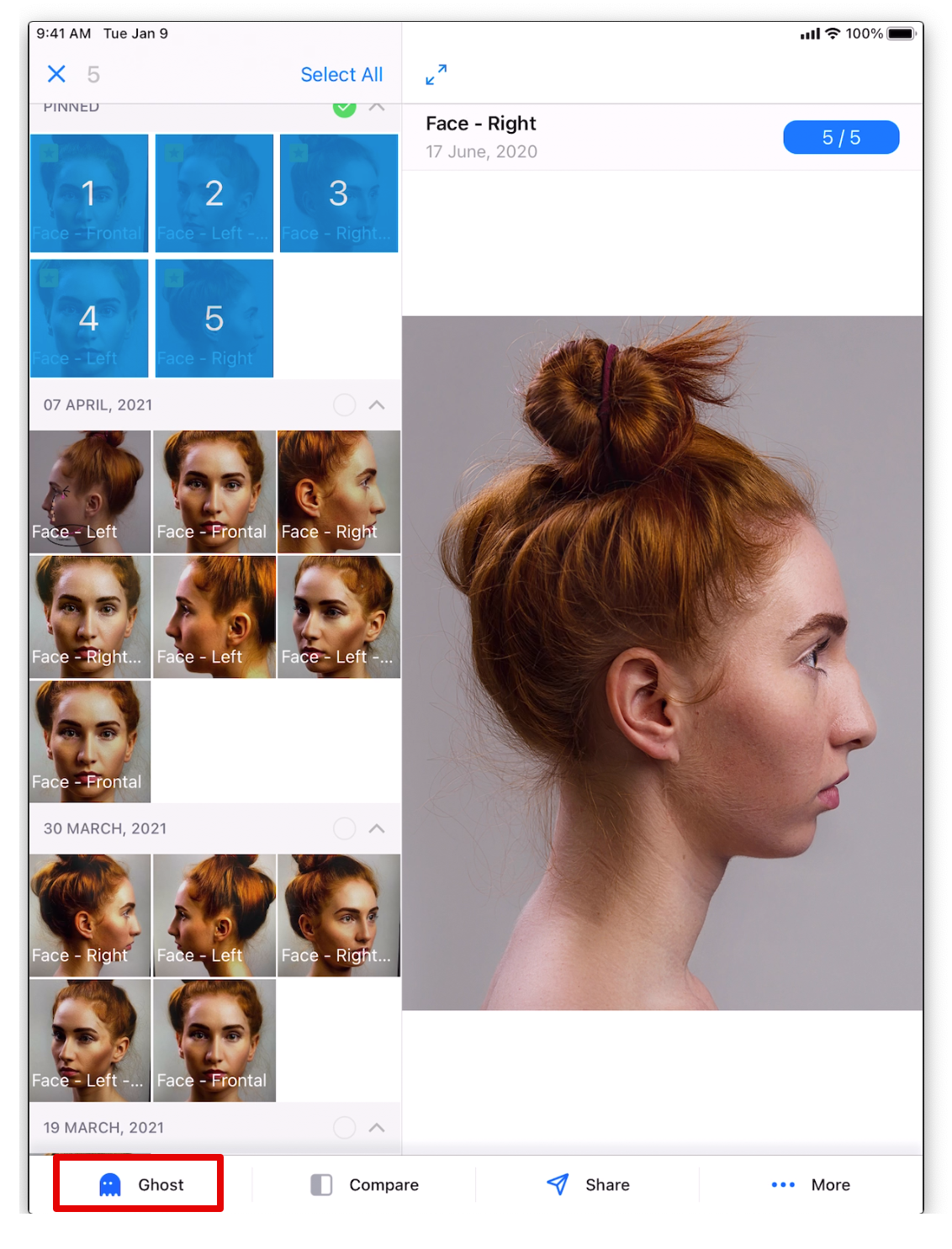 2. Use the lever on the left side of the screen to set desired transparency/opacity of the image. 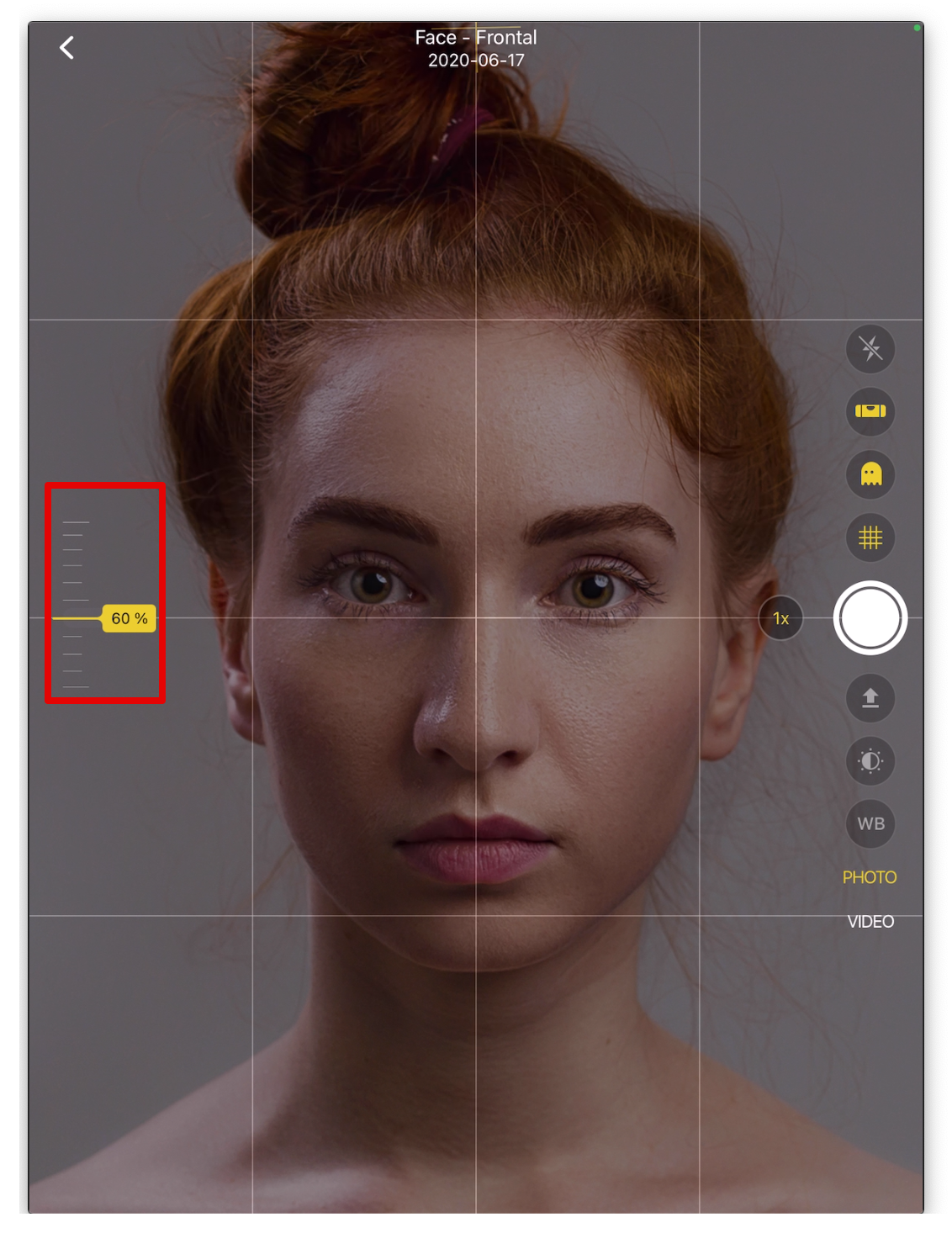 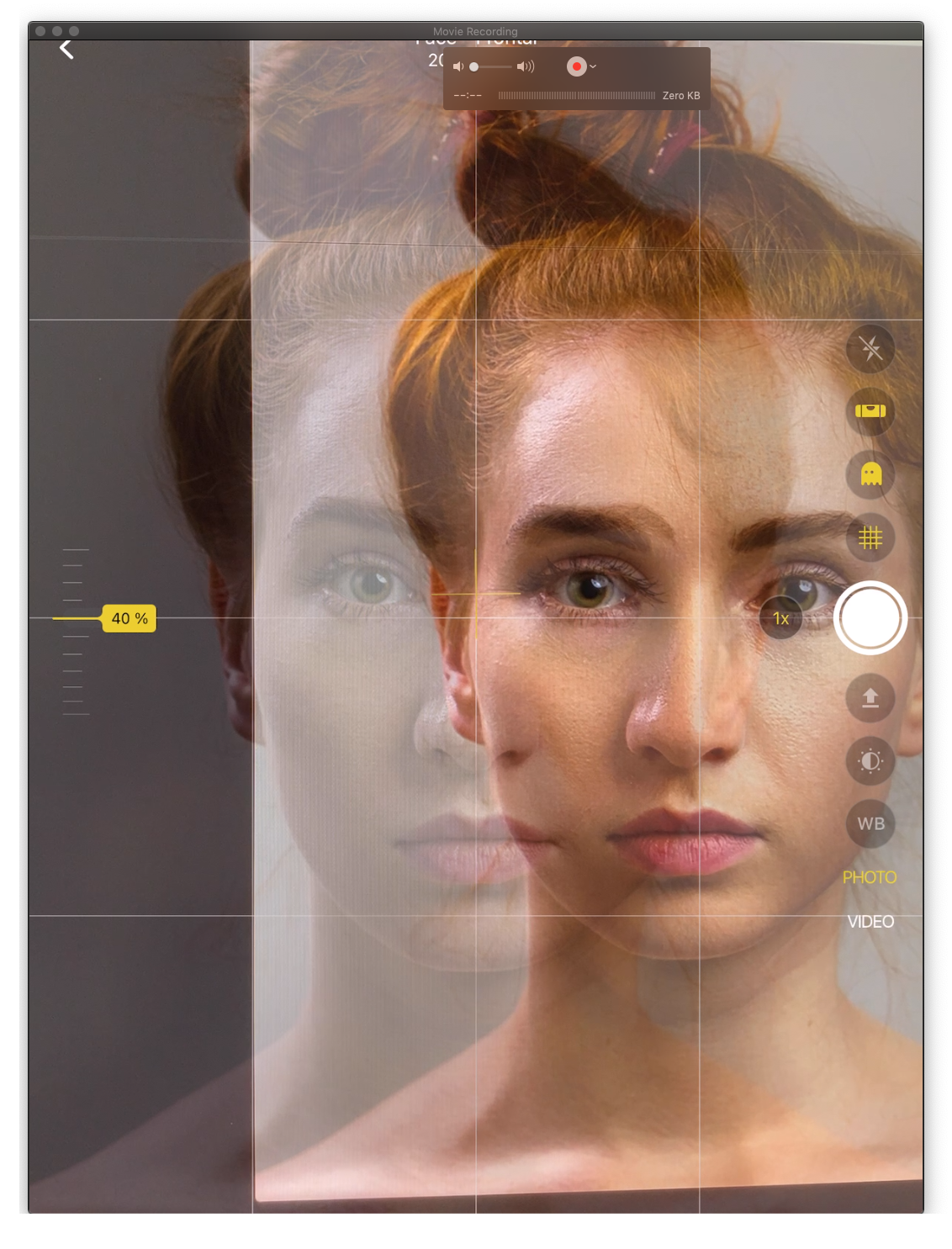 4. Tap the Capture button to capture the photo when the client is properly aligned. 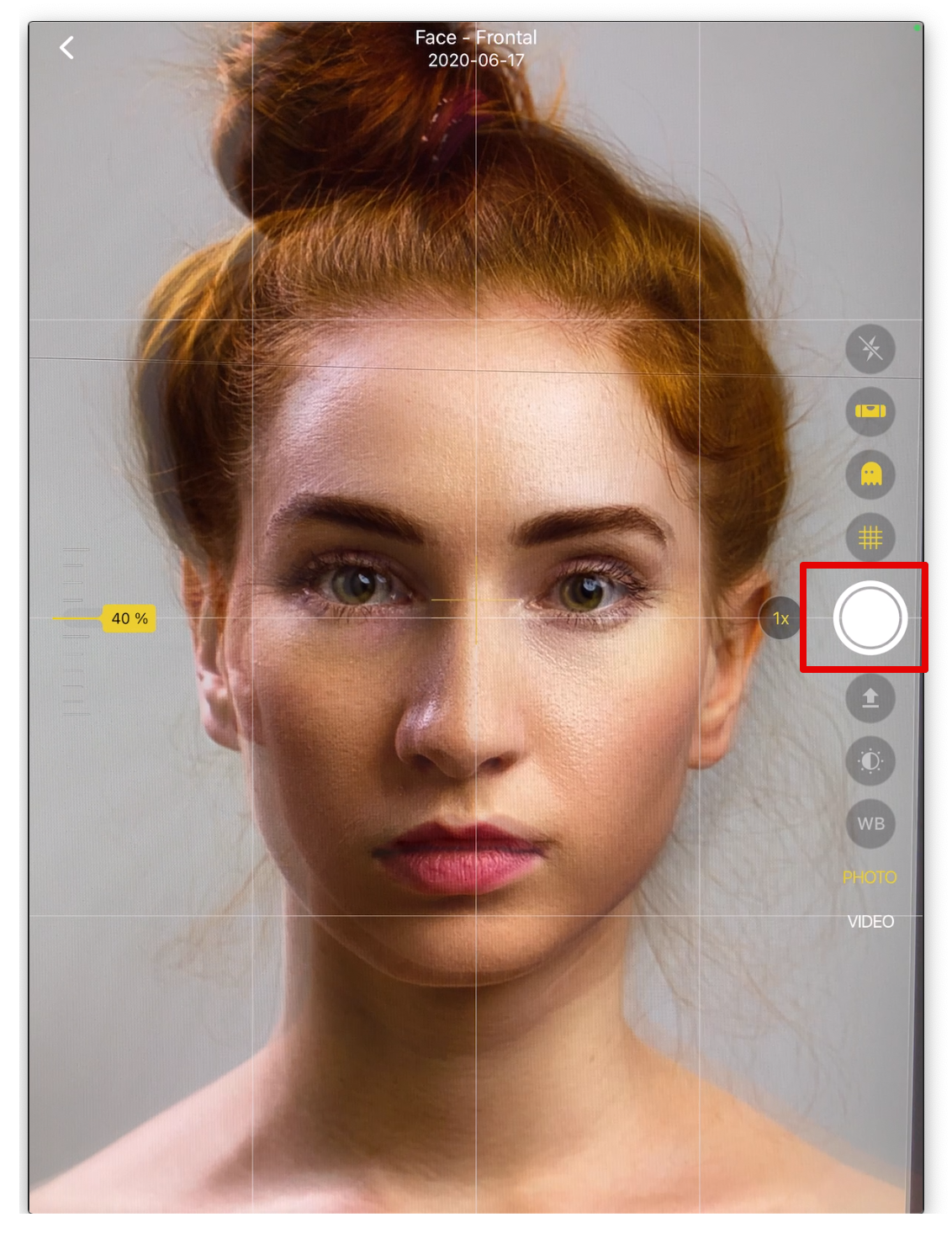 5. Press the arrow on the right side of the screen to move to the next image to be ghosted. The image just captured will be automatically uploaded to the RxPhoto HIPAA compliant cloud and saved in the Client Record under today's date (the capture date.) 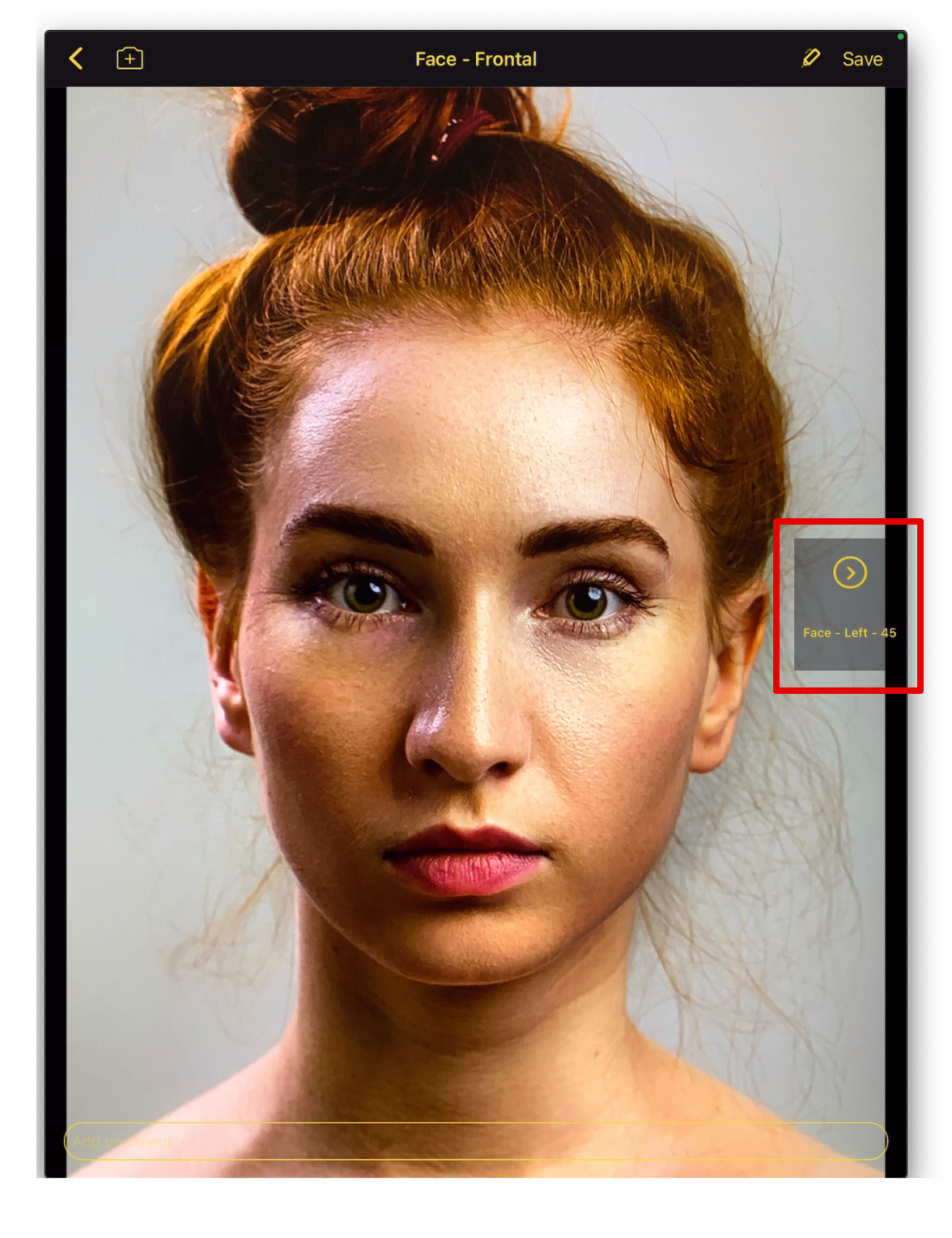 6. Follow through the sequence until all images have been captured. Remember to press "Save" on the top right of the screen to save the last image captured! 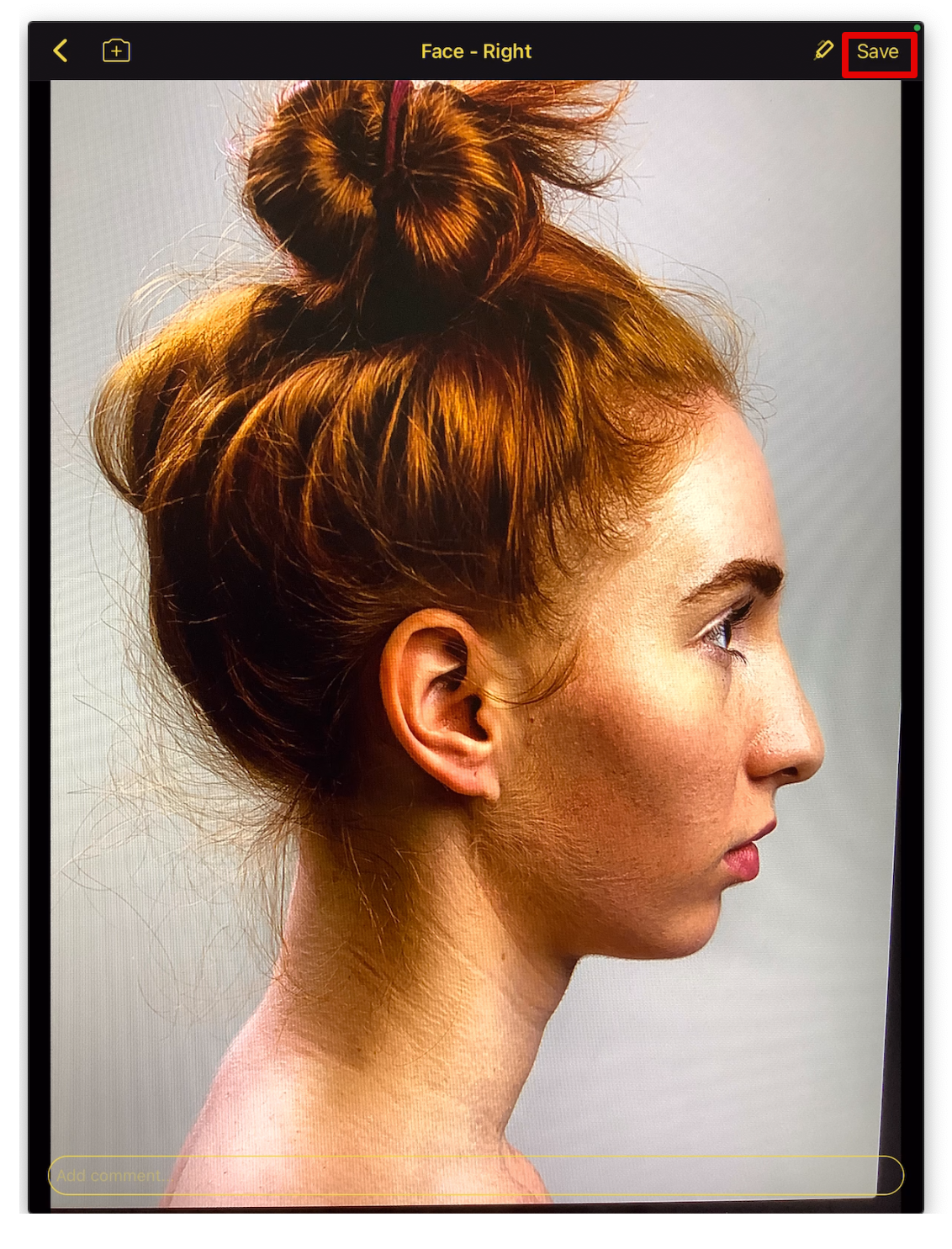 Photo Ghosting is a useful feature for ensuring that "after" photos are as consistent as possible with "before" photos, regardless of which provider captured the "before" image, and which provider is capturing the "after" photo. To save time, and minimize number of taps/clicks, use the Photos Section of the Client Record to choose a sequence of images to be used for photo ghosting. This feature works similar to using Sequences on the Capture screen.